What is a Node, and How do They Work?

Nodes play a vital role in the blockchain network. It is no wonder they are one of the most vastly discussed subjects in blockchain technology. In essence, nodes validate transactions on the blockchain and keep the network safe.

We can almost say that nodes themselves are the blockchain since data on the network would be inaccessible without them. Also, thanks to nodes, people can directly interact with each other on the blockchain network rather than through an intermediary. But that’s not all! We’ve barely scratched the surface.

This article will discuss what nodes are, how they work and explore key differences between a node and a miner. Without any further ado, let’s dive in!

In blockchain technology, a node is any computer running the core software that allows other computers to download and store the whole blockchain network and verify new transactions as they occur.

Also, each node on the blockchain network comes with a unique identifier attached to its computer. This allows the node to be distinguished from other nodes in the network. Thanks to the blockchain nodes, users can access data and view transactions stored on the network.

How do Nodes Work?

Blockchains are distributed ledgers that record the whole history of a network’s transactions. It’s a chain of blocks of transactions that everyone on the network has agreed are valid. The blockchain is stored in the nodes, in case you were wondering. Each node has a copy of the identical transactions.

When a new block is added to the blockchain, it is broadcasted to all nodes so that they can update their databases in the same way- the blockchain network is ‘distributed’ and ‘peer-to-peer’. Nodes are in charge of maintaining a distributed database of past transactions and validating each other’s network transactions.

The blockchain network needs a means for retaining its integrity for decentralization to succeed. Everyone on the network must be certain that all transactions are legitimate and that no one is defrauding the system by double-spending or initiating reverse transactions.

The consensus algorithm is at the heart of blockchain transactions. Achieving consensus on a blockchain network is the process where everyone on the network agrees that transactions are valid without relying on a central authority.

The network nodes are responsible for achieving user consensus and ensuring the security of the blockchain. The rules by which a blockchain network runs and certifies the authenticity of information contained in blocks are called consensus. With extensive networks involving large numbers of users, confirming this information might be complex, necessitating the use of a consensus process.

Bitcoin’s proof-of-work (PoW) algorithm was the first consensus algorithm. Another common consensus technique is Proof-of-Stake (PoS), which works slightly differently but aims to achieve the same goal. Many DeFi technologies use PoS. Both techniques rely on nodes for transaction validation and network rule enforcement.

Anyone may download and validate blocks from the Bitcoin blockchain. As more copies of the ledger exist and can be referenced by others, this strengthens both the network’s security and decentralization. Anyone with the proper hardware and an internet connection can run a Bitcoin node anywhere around the globe.

What’s the Difference Between a Node and a Miner?

The words’ nodes’ and ‘miners’ are often used interchangeably. So, in this section, we’ll draw the difference between the two to help you understand both functions on a blockchain network better. To start with, a miner operates on a full node to identify legitimate transactions and generate new blocks.

However, since a miner has no access to the entire blockchain history, they can’t quite point out each transaction’s validity just based on the current blockchain’s transaction history. In other words, we can say that a miner can be a full node.

On the other hand, a node does not have to be a miner simultaneously. What does that mean? A device can fully run a node without having to produce new blocks of transactions. Instead, the device can be used to receive, store and broadcast the transactions, much like a server.

Who Can Run a Node?

Nodes are run mainly by blockchain and crypto enthusiasts. However, a blockchain network can easily support thousands of nodes simultaneously. Therefore, anyone is capable of running a node. All you need to do is first download the transaction history of the specific blockchain.

While nodes contribute to the development of the blockchain community, integrity, and security, it’s also exciting for the crypto enthusiast who would like to feel involved in the project. Running a node might seem complicated, but it’s relatively straightforward for someone with a basic understanding of blockchain technology.

Also, running a node doesn’t require a lot of resources. All the same, you have to keep in mind that some blockchains currently have so much transaction data that running a full node will require a larger storage disk.

As seen in this article- nodes are crucial in blockchain network operations. Nodes help keep all the network participants transparent and maintain a high level of data integrity. Evidently, most blockchain networks will encourage users to run full nodes through monetary incentives such as staking and mining.

However, some blockchain users will still put up full nodes on their own initiative with or without any incentives. Often that’s because such users want to actively participate in safeguarding the future of cryptocurrencies and believe it will yield massive returns in the long term.

All in all, we have to acknowledge that running a full node comes with significant drawbacks. Setting them up alone can be a hassle, especially for someone unfamiliar with blockchain programming. So, if you want to become a node, it all boils down to how much time and work you’re willing to put into this project.

The Answer to Security for Your Digital Assets 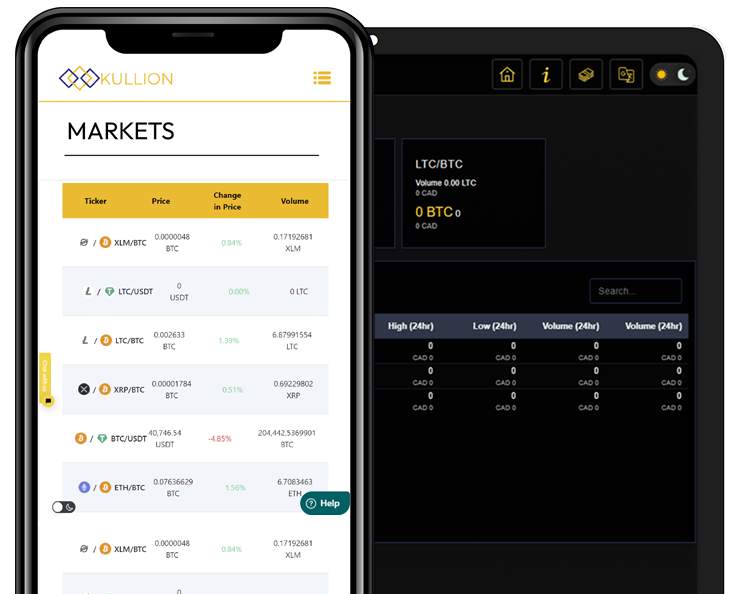 Be the first to review us on